A few days ago we were en route to Jerusalem from a Druze village in the north, tight against the Syrian border. There was bloody fighting here in 1973, a surprise attack on the Israelis from Syria on Yom Kippur. The Israelis were apparently caught unawares and as a consequence were fighting for their survival.

There is a very good museum near there with a video of the military action. It’s grainy and unfocused but there is no doubt that these clumsy tanks are in a battle to the death. And for many of those in the tanks, that’s how it ended. 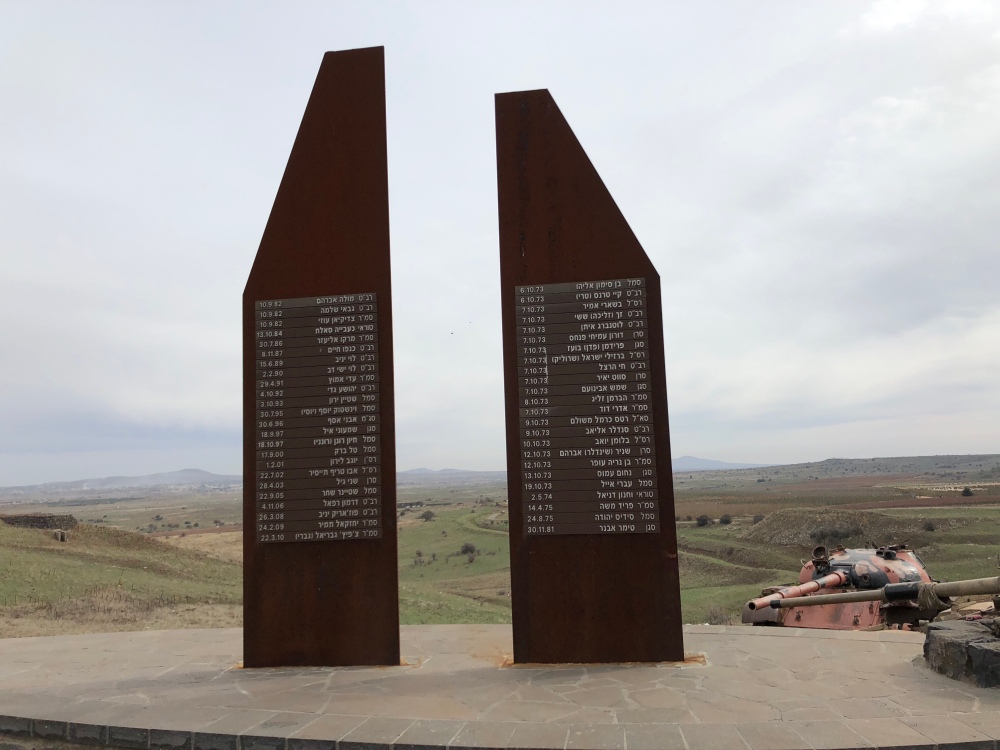 Israel’s hastily put together defenses held and the Syrians were pushed back. Today, nearly half a century later, you can see tanks and minefields and barbed wire in the area, and other signs of hostilities barely tamped down.

See the column of smoke from the Syrian civil war? 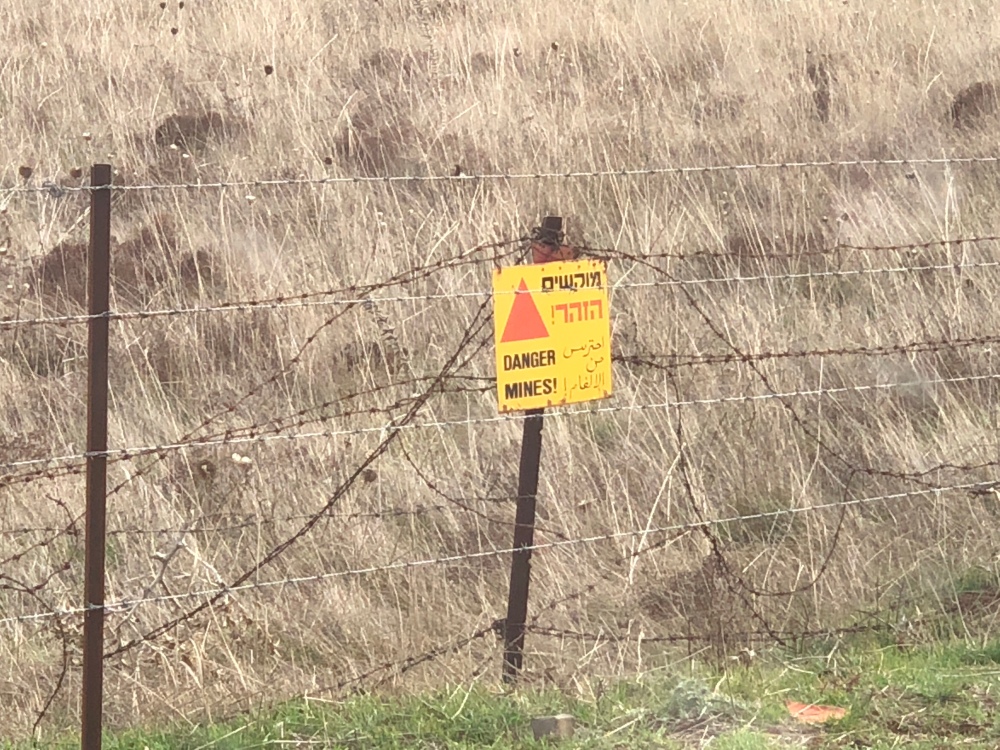 The film we saw was shown in English by a guy who lives in Israel although he lived in California for years. He gave a short talk about the war and shared his strong views that Obama’s nuclear agreement with Iran was the worst mistake in the world.

I can understand that from some perspectives it might not seem the best deal (although it made sense to me then and now, given the very bad menu of choices he faced.) I can understand having a discussion about it, exploring it, debating it. But summarily judging it the worst mistake in the world? Of all the possible mistakes? I can think of one or two that surpass it, right off the top of my head.

But, anyway, this guy didn’t like Obama, at all. In fact, he said smugly, the very day Obama was elected he packed up his family and moved back to Israel.

Really? Just which of the narratives swirling around Obama would convince you he was so dangerous to Israel that you needed to flee the country the actual day he was elected? He didn’t come right out and say “Obama is a Muslim” but he didn’t have to. The stench was in the room.

It drove me out of the theater and I waited for everyone else in the adjacent cafe.

I’ve really been struggling with accepting human nature, including my own, ever since we got to Lebanon.

I know I cannot imagine what it feels like to live under constant existential threat (except in the sense that, you know, we all do.). But I also cannot understand the inclination to fundamentalism that sees the world as black and white, right or wrong, true or false, with no tolerance for nuance and no understanding that others might, legitimately, hold another view. Whether in Lebanon, or Israel, or the West Bank, or Syria, or the US or anywhere, I don’t get it.

And I especially don’t get it when it feeds itself on racism, sexism, homophobia, anti-semitism, Islamophobia, homophobia or any of the other hate-isms/phobias out there.

A liberal mind (in the classical sense) — open, tolerant, compassionate and willing to compromise the perfect to get on with the good — seems to me the only answer to the mess the world is in now. And the cause of the mess is precisely the opposite. Closed minds, frightened, prideful, threatened by “the other,” certain to the point of blindness and unwilling to give an inch.

Ironically, in so many ways, we headed south to Galilee and stopped at the church built where Jesus gave the Sermon on the Mount. 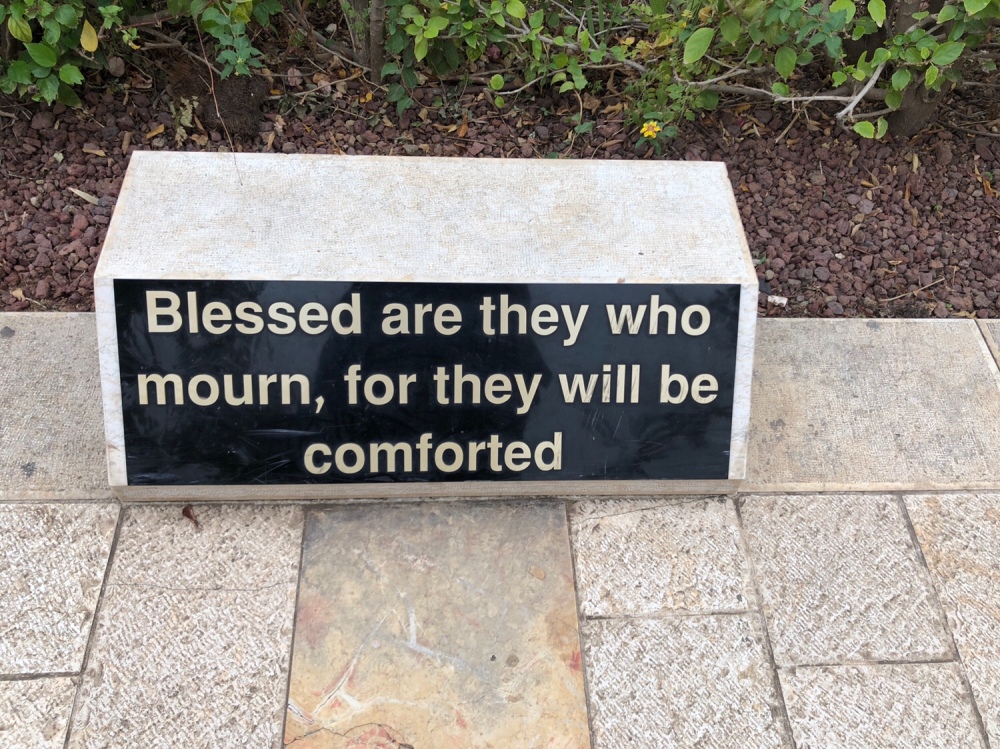 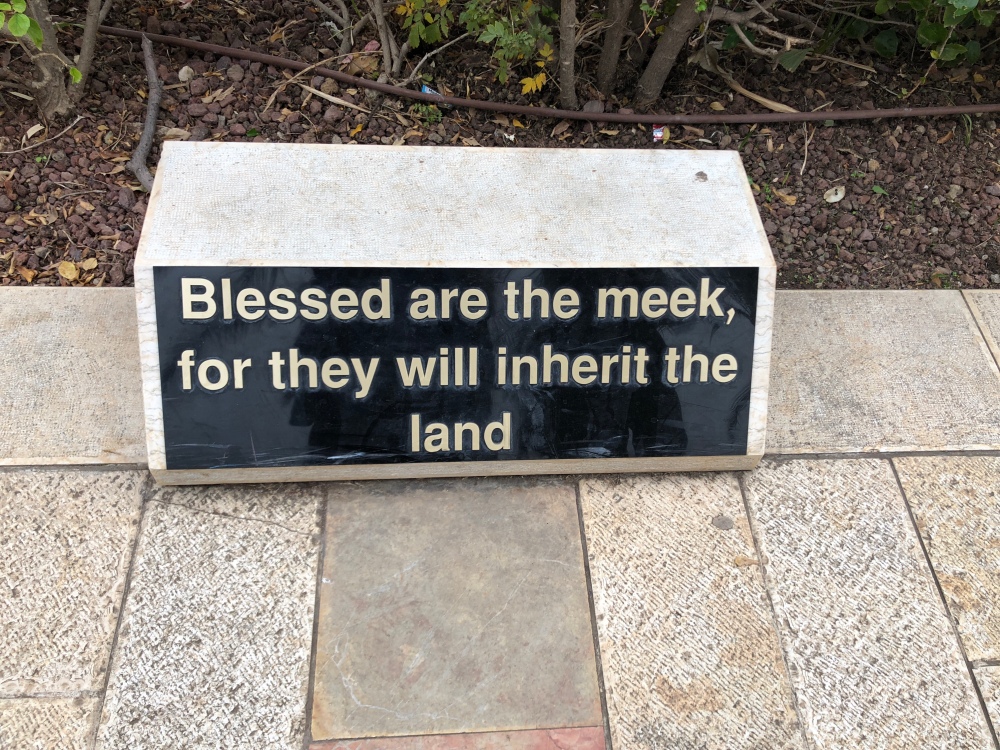 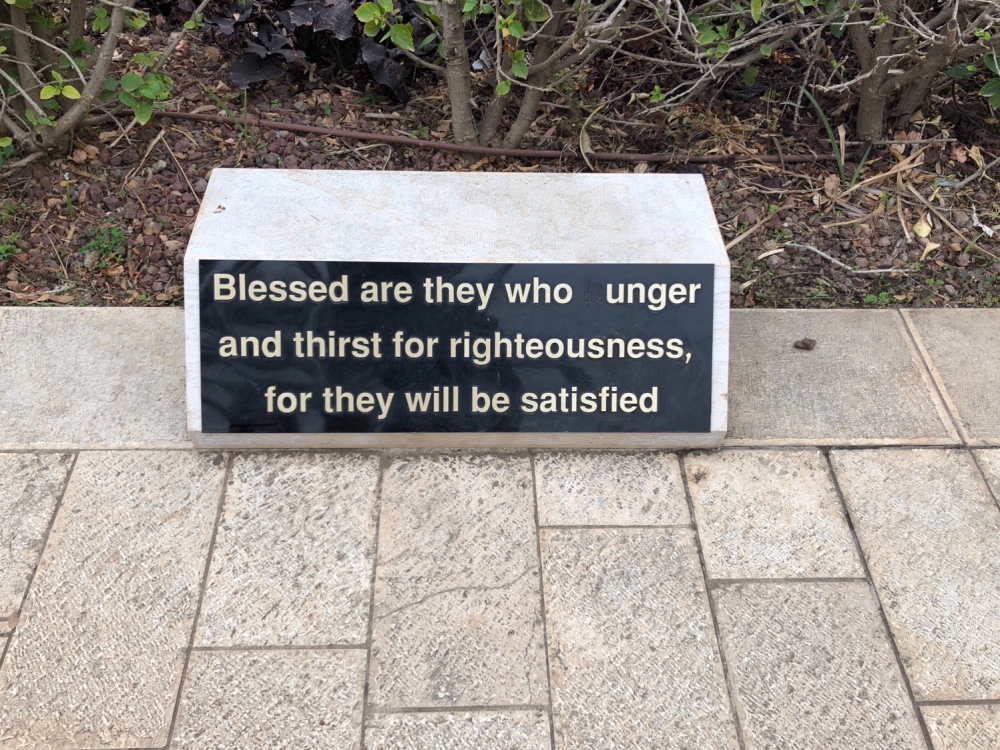 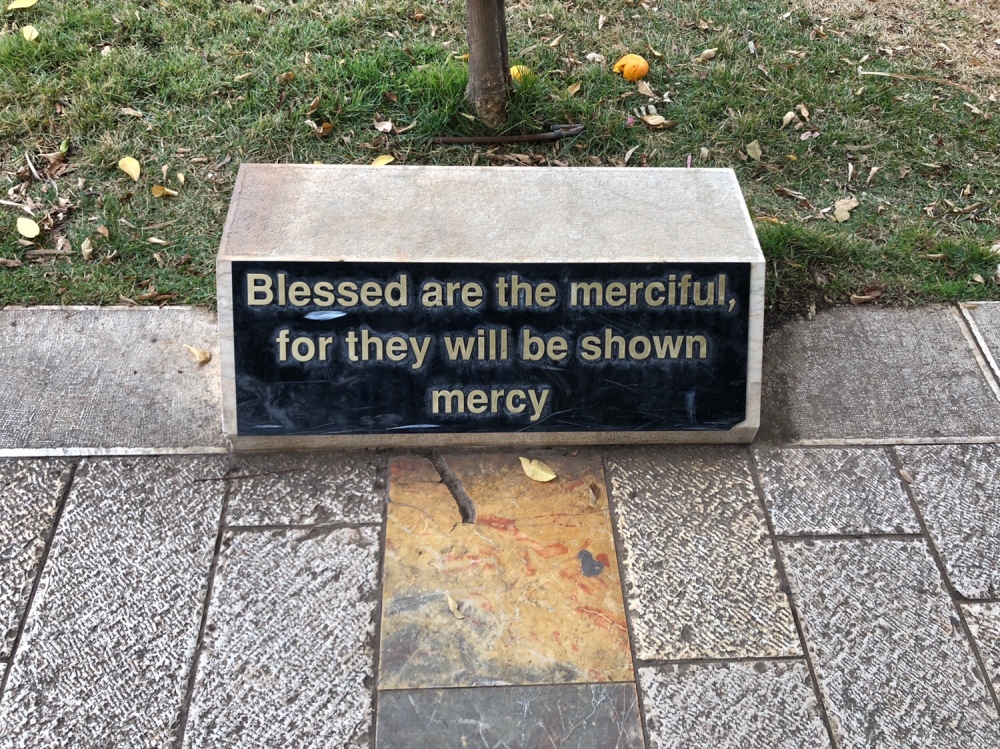 I guess most (all?) religions have a harsh and unforgiving element. All have shed blood. Christianity as much or more than any.

But they also have an open-hearted, loving and compassionate face as well and both preach and practice charity and forgiveness. The seeming simplicity of the beatitudes seems to sum up the best of all of them. 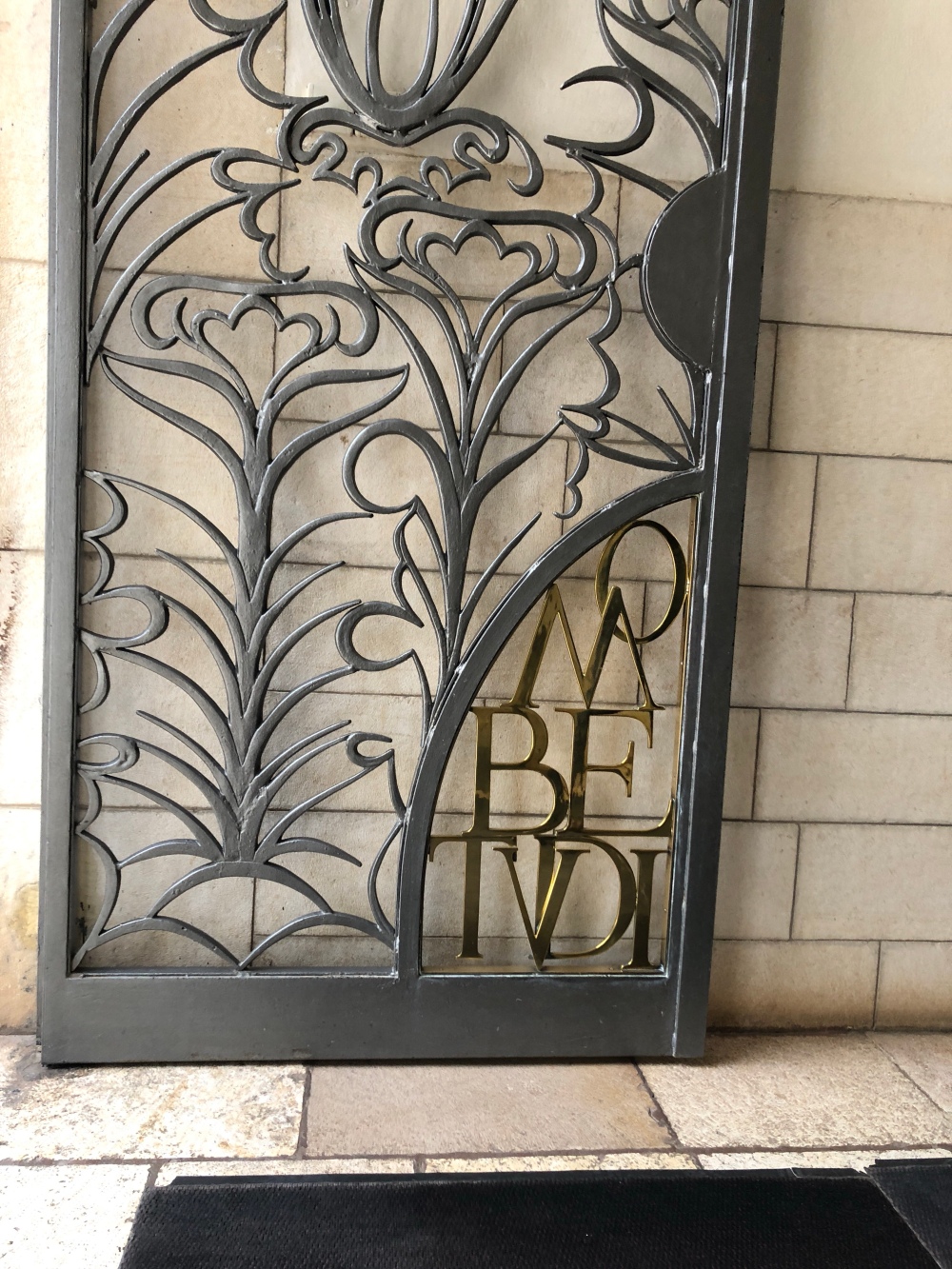 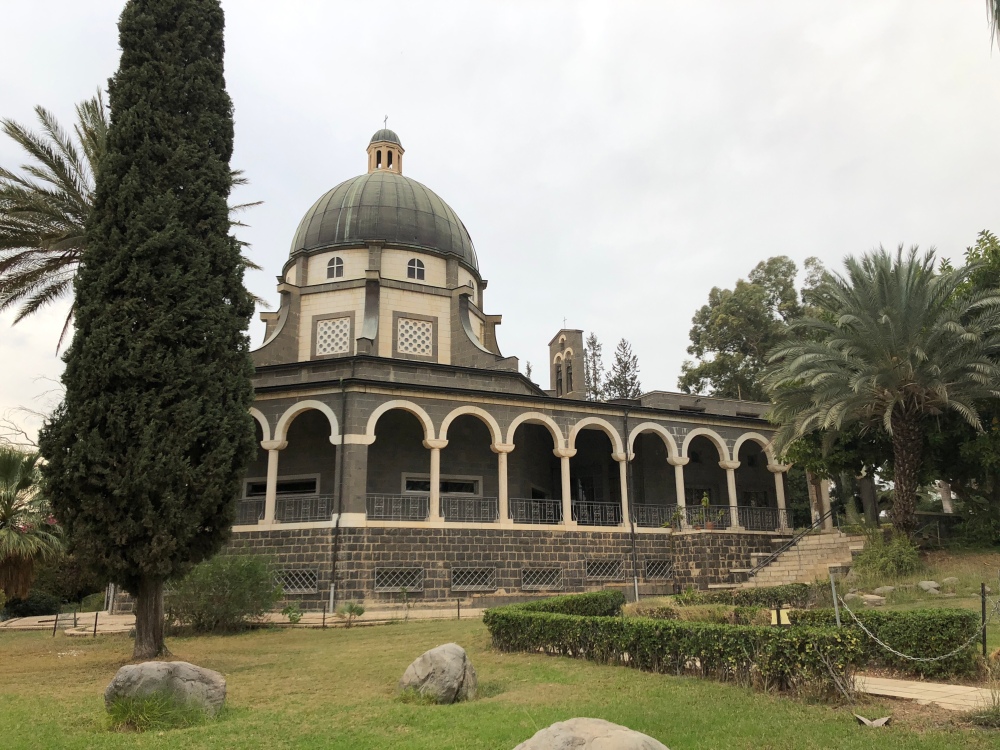 We left as it was getting dark. We could see the lights of Jordan strung along the opposite coast of the lake as we followed it south. Amir had been planning a meal in Jerusalem but it was getting late. He picked up his phone and after an incomprehensible (to us) conversation, asked if we wanted to eat at “a very special place” on the Jordanian border.

As a rule of thumb, when Amir says something is “very special,” your response should be “yes.” Of course, ours was. But the place we stopped at south of the lake looked like nothing special at all from the back; just a slightly dilapidated building across a narrow road from the fence that marked the edge of Israel. 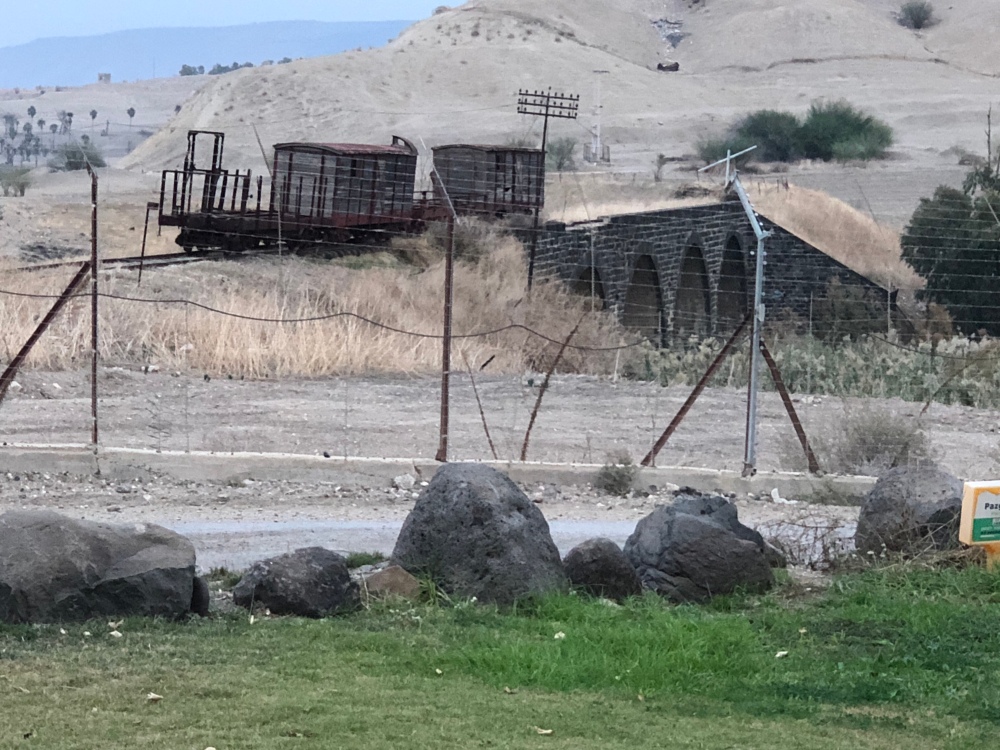 From the front, though, it looked small and cozy. 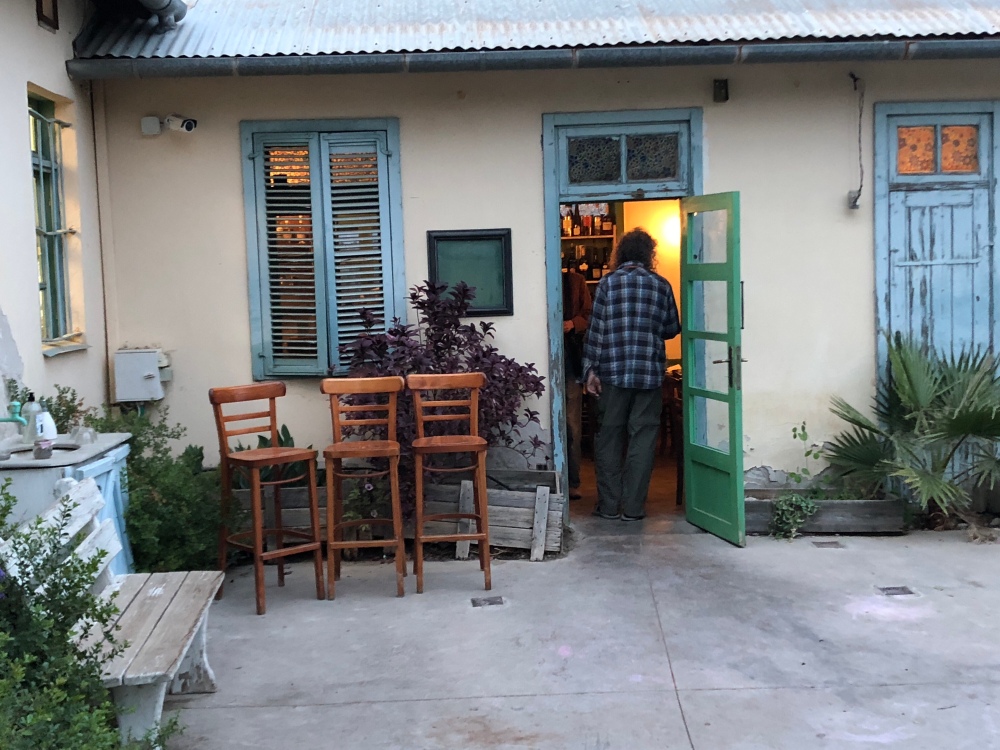 We went in and sat at a table in the back. A charming server with charming English took our orders and explained that this restaurant was committed to slow food, using local produce, meats and cheeses and practicing sustainability.

She was speaking my language. 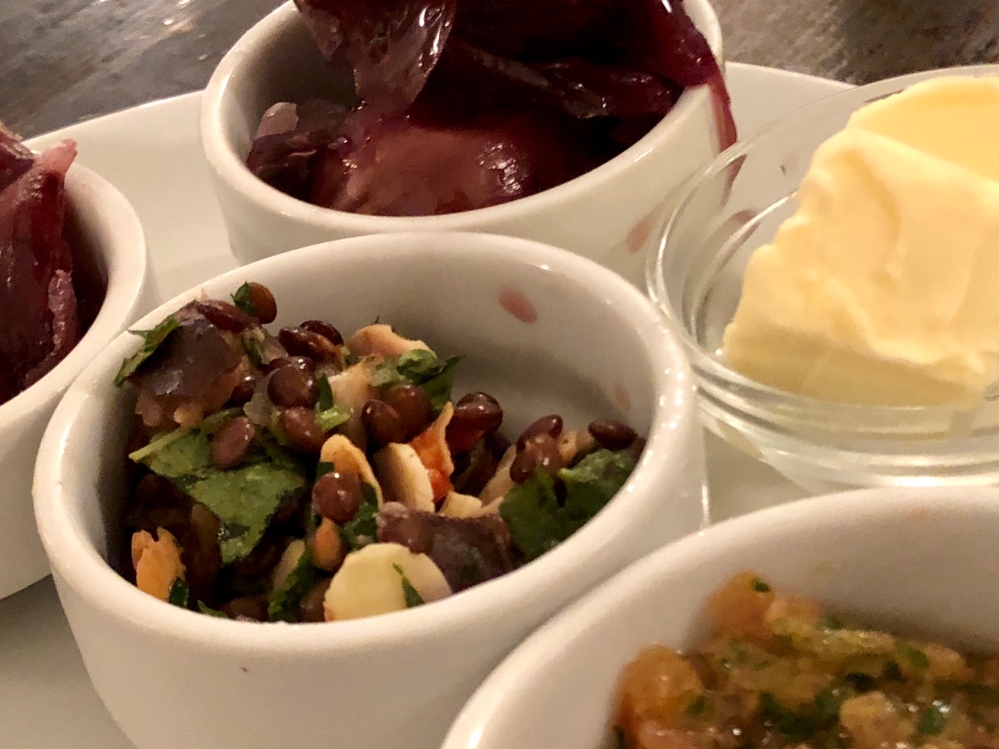 We started with salads full of greens, fruit and cheese and gorgeous yellow lentil soup. 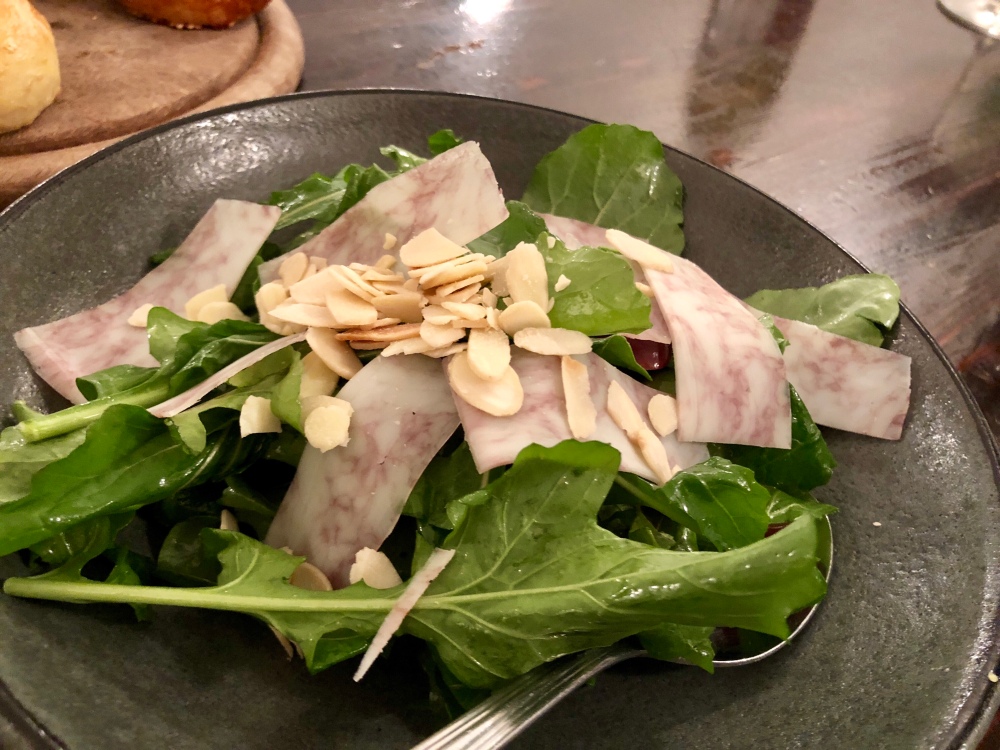 Amir had calamari and shrimp (the shrimp were farmed nearby.)

Gale and I had homemade pasta with summer squash and basil.

It was pretty damn fabulous. Tom said it was the best lamb he had ever had.

For dessert, a miscommunication ended up with me getting a coffee mille feuille that I did not want, so Jerry had that.

I had something that was basically mascarpone cheese on a shredded wheat-like pastry that I know as kataifi though I can’t remember what they called it. Stunningly simple and stunningly good.

Then we got back in the car to drive two more hours in the dark to Jerusalem. Tom kept Amir awake in the front seat with a million questions about the terrain and the country. I tuned in and out as I wondered what makes one mind comfortable with uncertainty and tolerance of difference and another anxious and closed.

Paradoxically, it seems to me, the liberal who appears relativistic and flexible — who questions her ideas and beliefs and subjects them to scrutiny — is the one who knows who she is and is not threatened by an insult or a slur. It’s the one who appears outwardly strong and confident in her beliefs who has to lash out at a hint of disrespect or questioning of her certainties or believes that it is the aggressive who inherit the land.

We were too tired to do more than take in the lights of the city as we found our hotel and stumbled up to our rooms and so, to sleep.

Another rich, provocative, soul-searching day in this ancient place.