It’s our second to last night in Paris, capping off a trip of a lifetime to exotic places I never thought to see. With all that adventure, I planned a little familiar comfort at the end of the trip with a few days in the loveliest city in the world.

I wish I could write an eloquent post about the wonders of this amazing place but nothing eloquent or even coherent is coming to mind right now. I am preoccupied with textbook writing and writing about something nonpolitical is a stretch.

But Paris deserves a blog post, for sure, so here’s a random list of some of the things I appreciate about my favorite city.

Things I am loving about Paris today…, 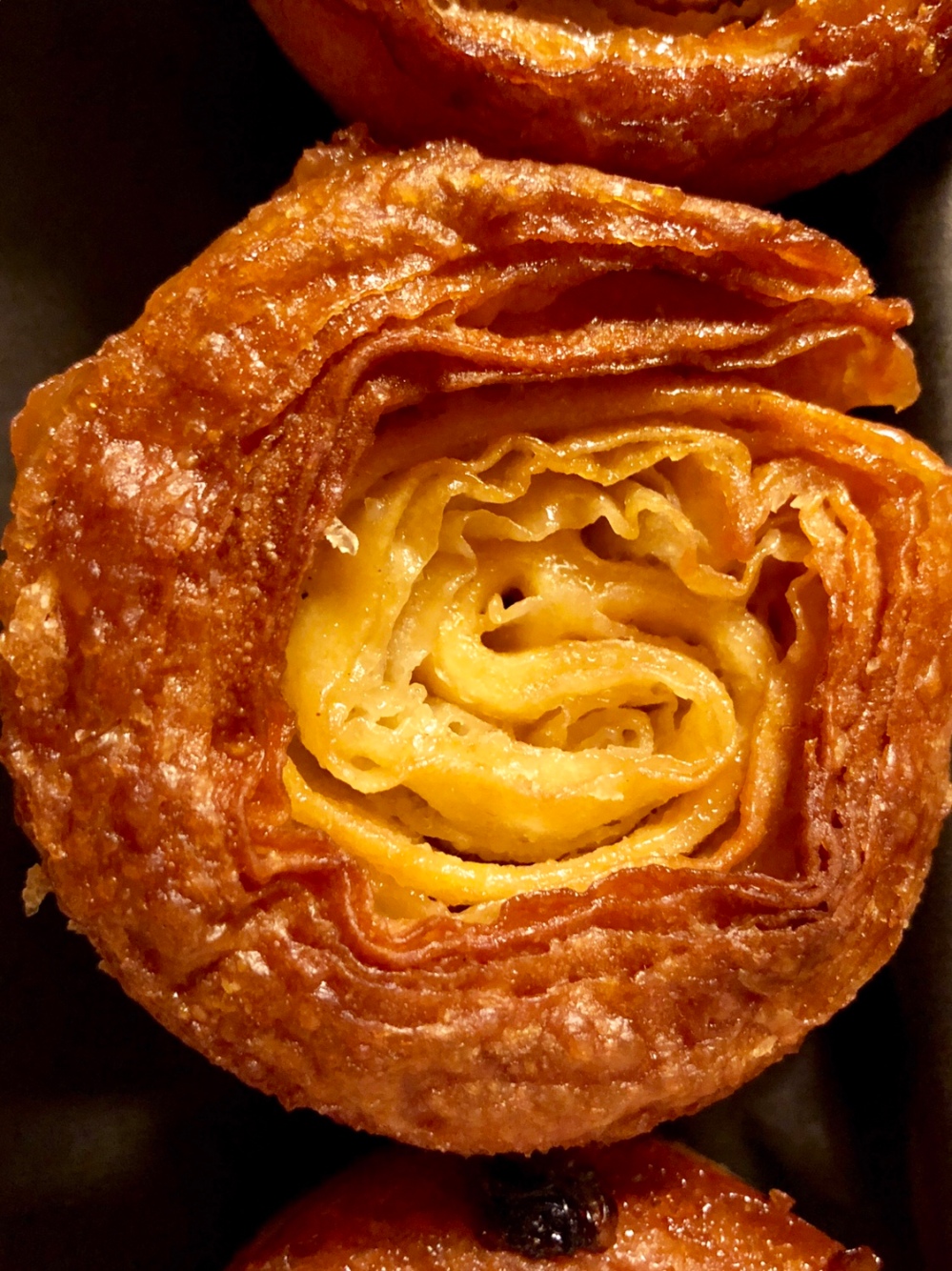 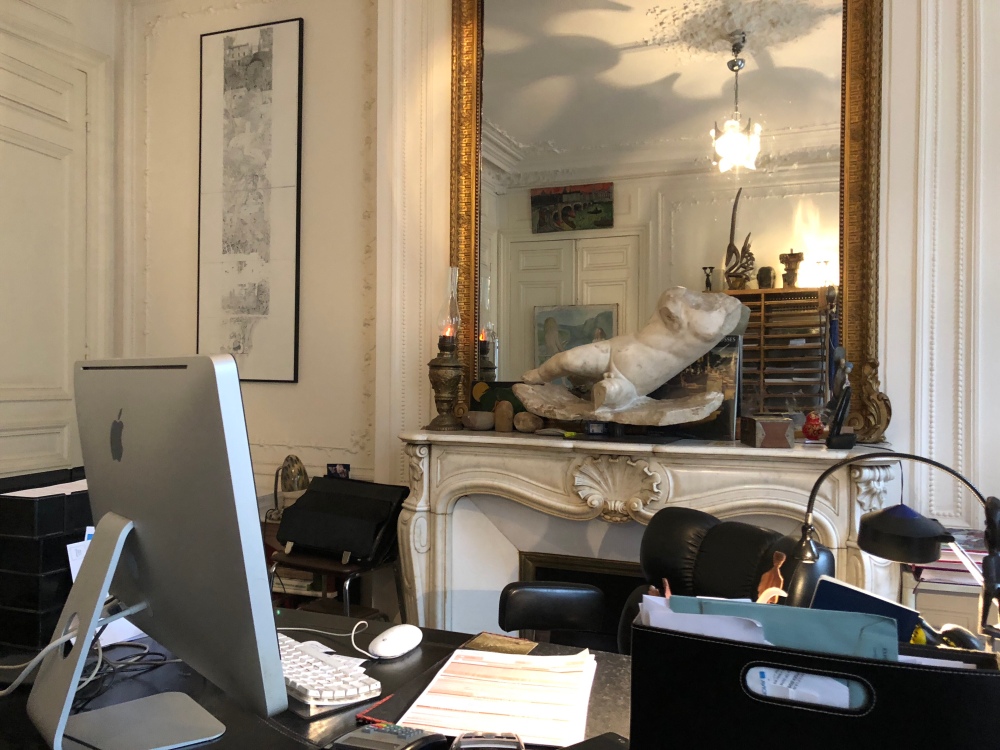 He answered his door himself too. We waited three minutes and then he saw Jer in his classically-beautiful-with-an-exam-table-in-the-corner office. Wrote up some scripts, told Jer he should drink wine and enjoy Paris, and explained that he had a framed copy of a photo of a young, nude Melania Trump because it was taken by a patient of his who sold it to the NY Post for a fortune. (I didn’t photograph but google knows where it is if you need to see it.) We filled the scripts on the way home. Doctor + meds were 84 Euros. Jer was in bed with his first dose of antibiotics inside him by 11:01. We all know just how that would have gone down in the U.S. 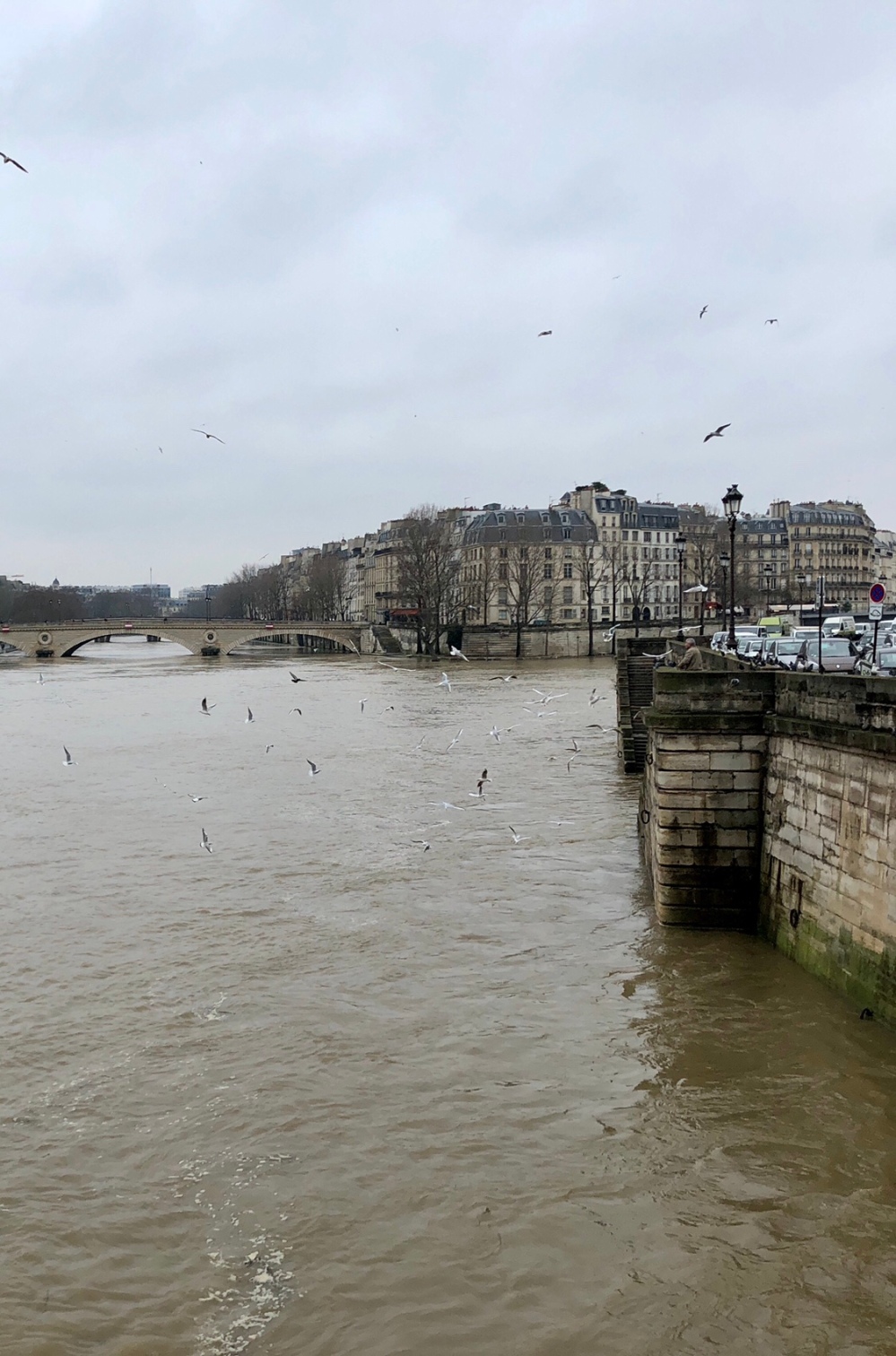 The extraordinary breakfasts here in our hotel (buttered baguette with apricot jam is good for me but they do serve superb jambon de serano and mountain cheese.) 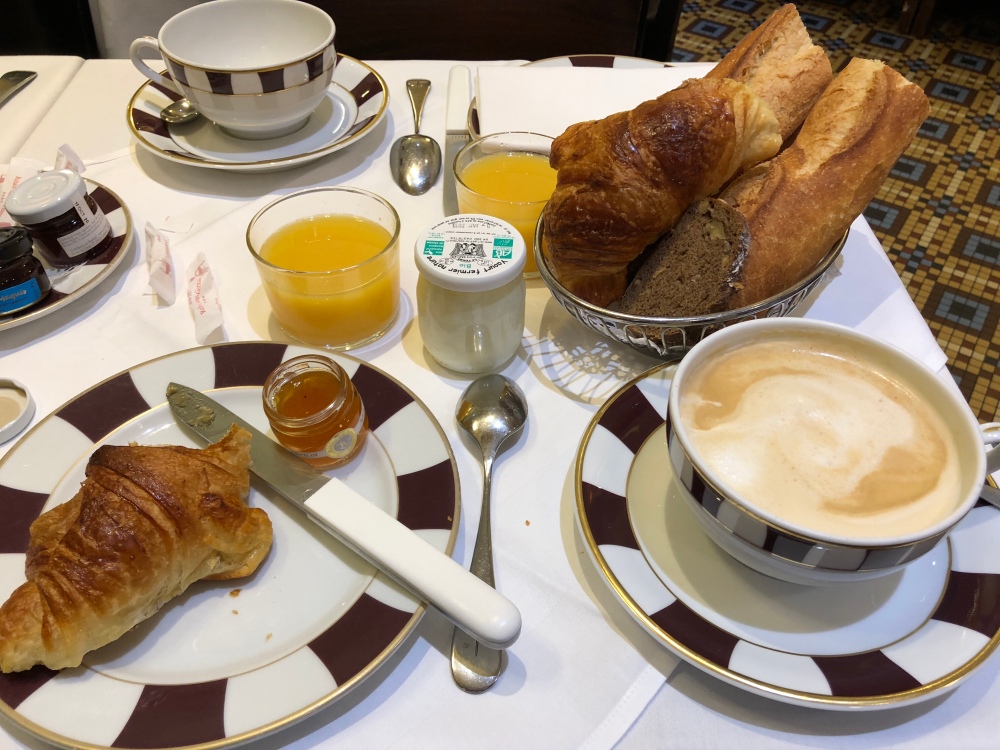 The tuna tartare with perfect teensy frites served as a starter at La Mediteranee (and the crisp and mild radishes with butter and salt that met us there when we sat down.)

And the braised chicory with pickled pears, walnuts and blue cheese ice cream I had last night at Le Christine. 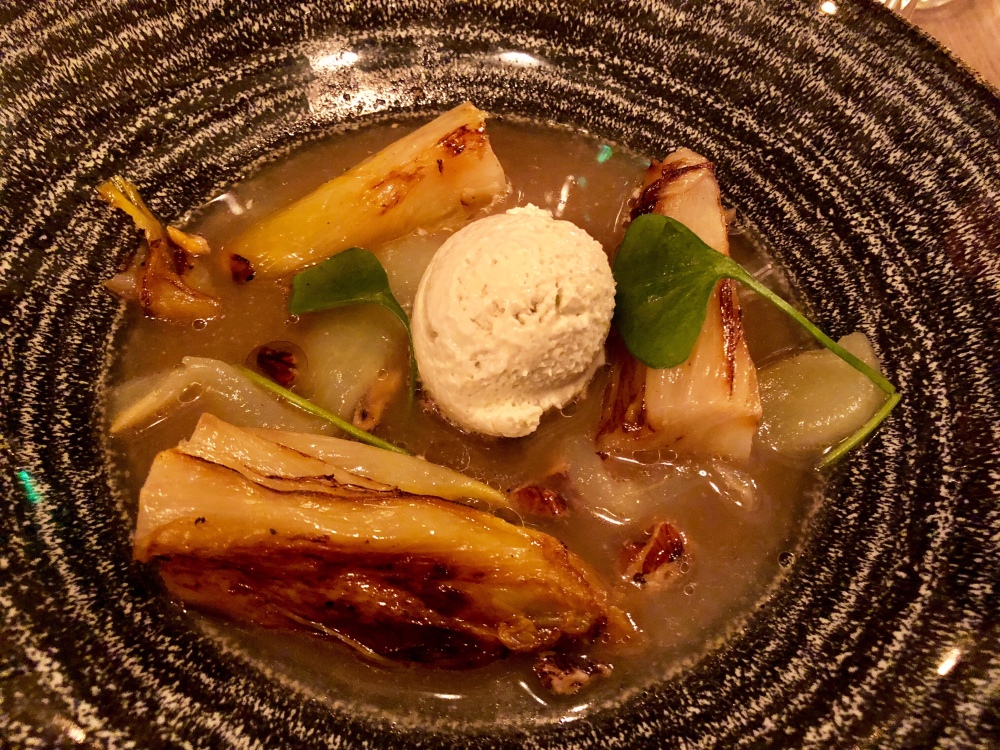 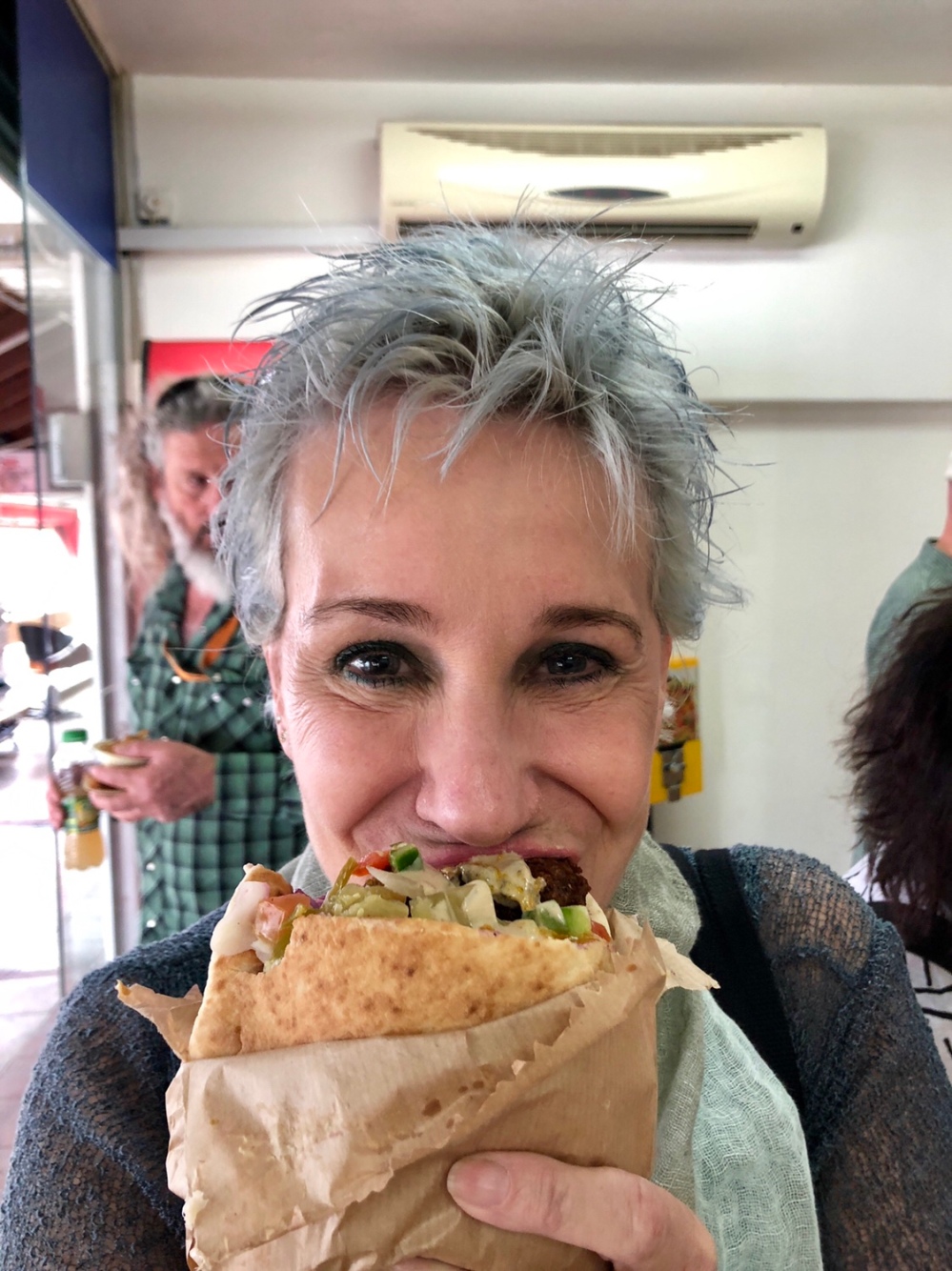 Above is a comparison of #falafelselfies. Which me looks happiest?

For the record, I’d like to say categorically that while there is some mighty fine falafel out there, L’As du Fallafel is the ace!

Sometimes you just want a quiet place to reflect.

And sometimes you are walking on a hot day and you want to rest in the cool. Grand or humble, there is always a nearby church for that. 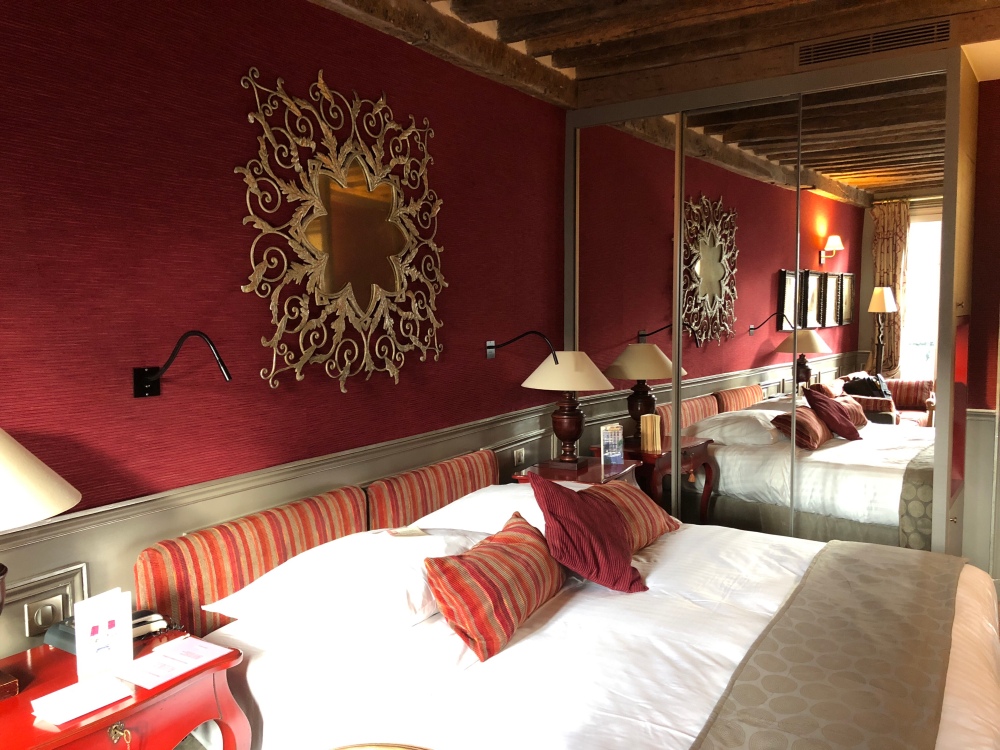 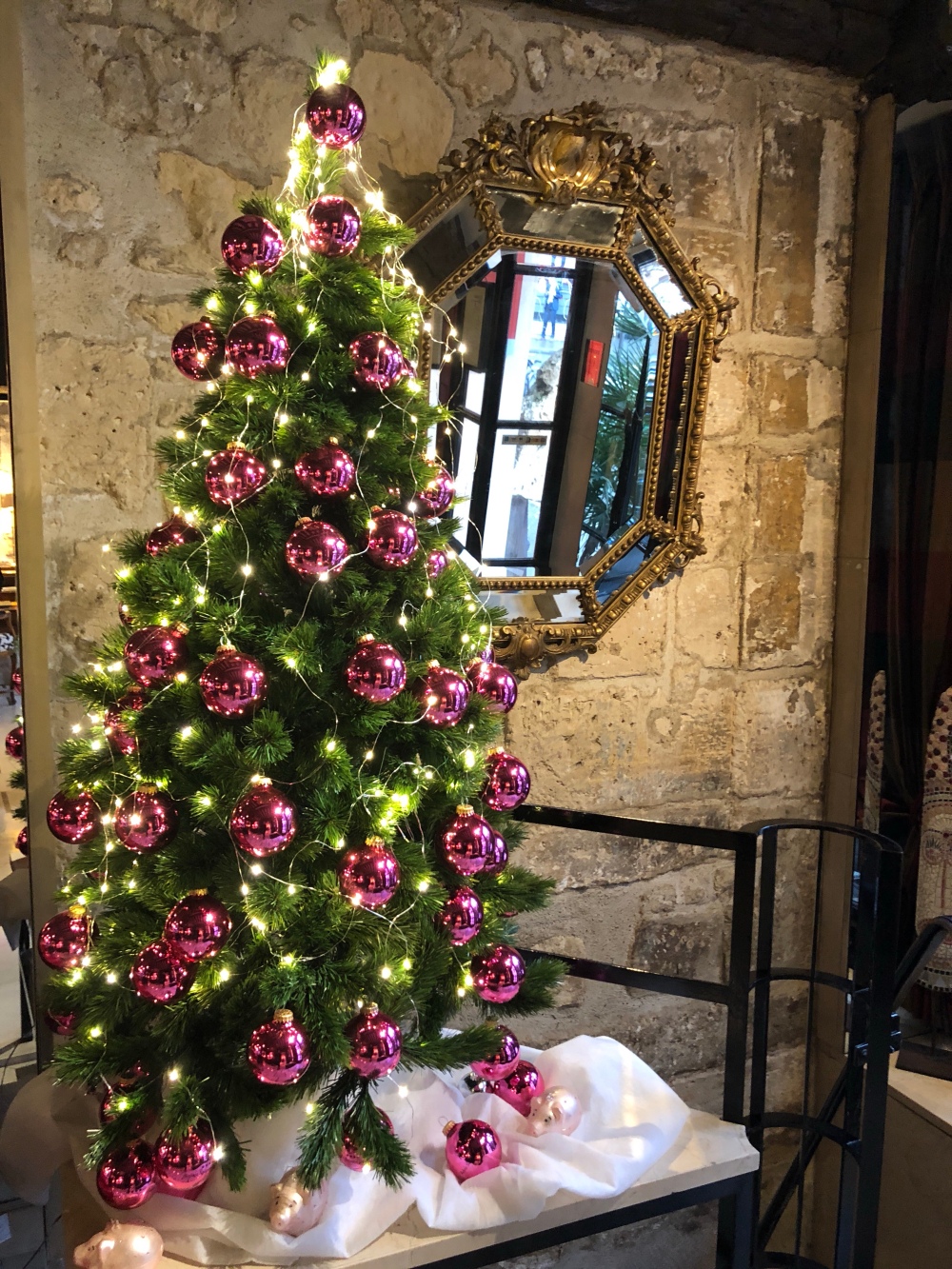 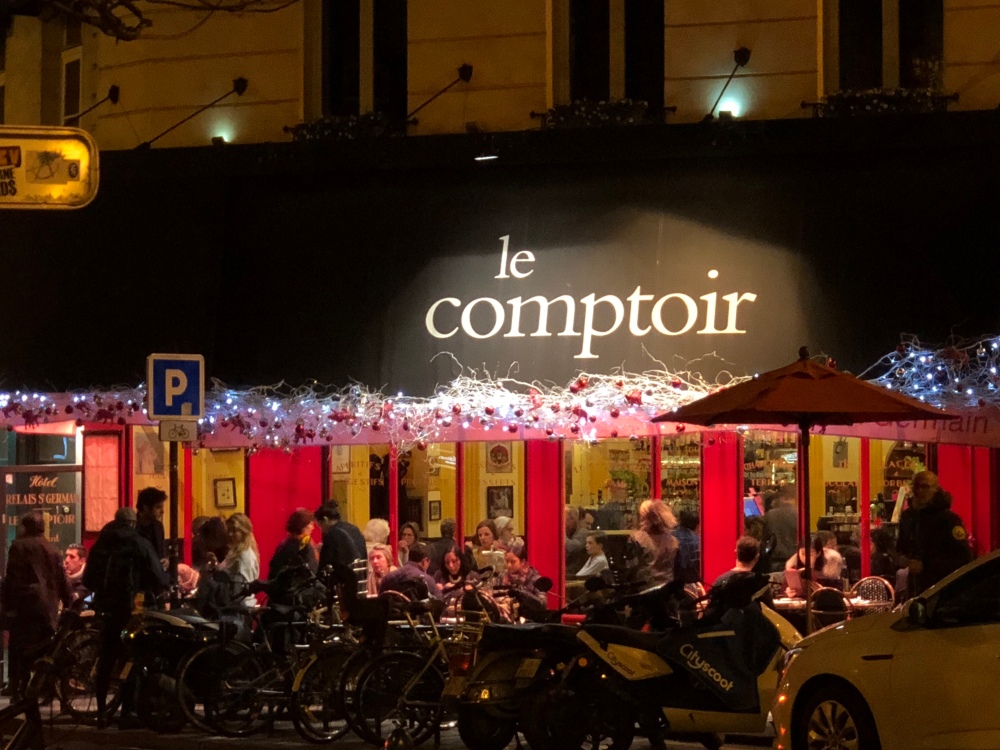 We will always have Paris.